Life is Feudal is an indie project of a Hardcore Sandbox MMORPG, set in a Realistic Medieval fictional world.

Interface is supported for the following languages. There are no subtitles.

Sandbox means that the goal is to design virtual world with its own set of mechanisms and rules that will let players to do anything within that world that their imagination desires. Like a real sandbox, with some sand, some tools and your own two hands, you can do whatever you want – dig a tunnel, shovel out moats, build castles and raise hills.

These are the very things you will be able to do in this game: shape terrain in any way you like, such as raising ground, lowering ground, flattening it for further building placements, digging tunnels, even finding ore veins and mining them. You can build entire underground cities, as you are not limited by the width or height of your tunnels. You can make a huge pyramid with your friends and dig a maze inside of it just for fun. The only limit is your imagination! Watch the pre-alpha videos to get a look at these aspects of the game in more detail.

If you don’t want to dwell underground, you can make a home for yourself, a whole village, town or even a castle. You can also make it sandbox-style. You can build whole castle walls with sections, allowing you to build them however you like. Who knows, maybe you will be the first one to build the Great Wall in this world. Same goes for buildings – you can either choose to use preset buildings (such as windmills, warehouses, keeps etc.) or design your own multi-story buildings square by square and however you like. 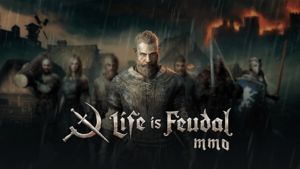 MMORPG stands for massively multi-player online role-playing game. This means, that you won’t be alone in your sandbox, there will be many more other players that will either be aiding you to further your own goals, or working against you to further their own, all the time shaping this new virtual world. It also means that there will be an RPG system, based on statcap and skillcap concepts (UO style), alignment and a rich crafting system spiced with an innovative flash minigame concept.

This means that the world is inspired by the medieval ages (from the fall of Rome until the advent of gunpowder in Europe) and represents this time period with as much realism as possible, and this remains the focus for every aspect of the game building process. On the other hand, the story, race archetypes, some of the equipment and items are fictional. Religion is more powerful in this world, allowing some localized wonders to appear or giving powers to players to return home or protect their divine private property from vandals. So it’s neither a historical simulation game with 100% authenticity, nor does it contain elves or orcs. It is a hybrid of the two, leaning more towards realism.

This wiki is not meant for game support. Please visit here instead.