Castle gatehouse is a gateway and a part of strong, defensive structure that is castle wall. It's as high as castle tower, it has two towers of it's own on each side and as same can be mounted from the inside, where few narrow arrowslits are located on couple floors, or on the top of it, from where a view is much better and it proves to be even more effective defensive position for archers. The gate itself is massive and made out of iron.

Note that the 'footprint' of the gatehouse was changed along with appearance during the October 2017 update.

WARNING: When closing the gate, it instantly kills anybody standing underneath it! 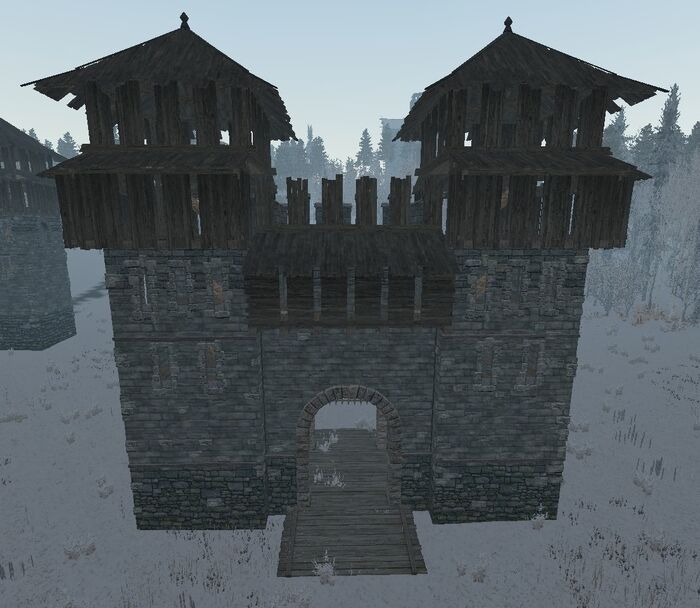